I'm a hack but I'm more optimistic than ever
July 2020
Antigua, Guatemala

Project #3 is live and I finally released my first app on iOS!

It wasn’t without struggle though. This month was goddamn frustrating. I learned a ton but I’ve got a long way to go.

What I planned to do

My mindset going in

I started this month having just finished 2 Flutter games. I had great fun making them but wanted to do something different this month. I wanted go full stack again.

As for the product I had noticed a problem in the entrepreneur community - people struggle coming up with ideas. I’m the opposite, I’m full of ideas.

My problem is evaluating them. How do I pick the best ones and scope them down into a commercial product?

This was the problem I wanted to tackle this month - idea generation and evaluation.

Additionally I wanted to improve my marketing skills. I found it hard pitching my Flutter apps so I wanted to learn more about copy writing and marketing in general.

As I mentioned I started this month having just finished my two Flutter apps and launched them Android. What I wanted to do now was launch them on iOS.

I thought this would be easy given that Flutter promises cross platform development and I already had my marketing material from the Android launch.

Turns out the problem was not Flutter - it was Apple itself! Fuck me what a pain this turned out to be.

I planned just a few days of work for this but it took me the whole month to finally deploy it… it seriously disrupted work on my main project.

It’s a long story but there were myriad of problems that blocked me every step of the way. It wasn’t code related either - just stupid things like the the dev account setup was needlessly complicated.

The key issue was that I don’t have access to an iDevice. I’m literally stuck in Guatemala and can’t get access to one easily. I ended up using my Mom’s iPhone but had to debug issues over the 15h time zone difference…

I’ll post a blog about it someday but I came away from the experience actually angry with Apple.

Nevertheless ‘Icing Addict’ is live on the app store! 😭 I’ll do a second launch this month.

As I mentioned before I had noticed a recurring problem with idea creation in the entrepreneur community. I also had my own problem with evaluating ideas. I wanted to tackle these issues.

My idea was to create a product around the simple concept of “write down 10 ideas a day”. It’s a concept that originates from the book Choose Yourself by James Altucher and is something that I’ve found useful personally. It helps you practise creativity!

I was also inspired by 750words.com where users write 750 words per day. It makes $20k per month! Check out this article which covers the business behind it.

So my plan was to combine these two concepts to form the core product. On top of that I wanted to include social features, idea generation guides, and idea evaluation tools.

Unfortunately starting the project took longer than I expected. My mind was so focused on Flutter and the iOS stuff that I struggled to switch contexts. This meant I didn’t even start designing the app until two weeks in!

Once I did start I had a lot of unknowns to solve. What am I building? Who’s my target user? How will it work?

The scope was too big and overwhelming. So to get a better idea of what to build I decided to build the landing page. I wanted to put my thoughts on paper and solidify the concept.

I spent a day and created a shabby draft version mostly covering the copy I would use. I found an amazing resource from Julian Shapiro which really helped me out.

It helped me identify the key value props, the basic layout, and really help me put my idea on paper. I highly recommend his site in general.

After that I was fortunate to setup a call with a fellow indie hacker @jimzarkadas. He was helping the community by reviewing products and landing pages. In preparation to the call I fleshed out the page visually.

Or the live page here.

The actual call was great. He provided me with a lot of feedback so thanks Jim!

However he also threw a major spanner in the works regarding the business model. He liked the idea but couldn’t see himself paying for the main product.

What surprised me was that he was more interested in the blog and guides I was going to write. I was planning to give those away for free! I wanted to use them as content marketing for the main subscription product.

After that call the concept was muddled again. Do I charge a subscription to the product or sell guides relating to ideas?

In any case I internalised a valuable lesson:
☝ Ship early and show it people!

Just making that landing page was so useful. I was able to solidify my idea, identify my users and pain points, and I could test it on people. It’s was like an MVP of an MVP if that makes sense.

☝ Expect that the product direction can and will change

My idea changed completely after just one conversation. Go and talk to customers!

Once I had the landing page I needed to actually build the thing. This led me to my next problem - what do I build it with? I was still in Flutter mode so struggled to switch context here.

I have experience with various stacks but decided to go with Django and deploy on Heroku. Django is a Python-based server framework which I’ve used before. I especially love its database module.

The only problem I had was trying to setup React and Typescript with it. I’ve been building SPAs for so long that I naturally wanted to incorporate it with Django.

Unfortunately the setup blew my mind a little. I couldn’t quite get the two concepts to gel and I wasted a ton of time. I just needed to build something!

So to end my analysis paralysis I just went with server-side rendering and a sprinkle of Alpine JS. It’s not the perfect setup but it works and I actually shipped something.

In the end I didn’t quite achieve what I set out to do. I faced too many issues and just couldn’t get into the zone.

What I did achieve was that I still managed to deploy something. I’ve also got a working environment for the next app. Hopefully project #4 will go much smoother.

These were the things I had planned to build:

I can build pretty fast but that’s a lot of work no? In the end I decided to only focus on the ‘10 ideas a day’ bit.

So as it stand the product is quite basic but I still like it. I don’t think it’s ready for prime time yet so I’ve decided to do a soft launch and use it myself more.

I’ll incorporate it into my workflow and improve it as I go. Perhaps I’ll find renewed inspiration and finish the rest in the future.

If you want to give it a go it’s live and it’s free!

Other stuff that happened

Just like last month I was consistent with writing my blog each week. I’ve continued to receive great feedback and they’ve been good fun to write.

The main articles have been my Flutter technical posts. I’ve got a few more to go and then I’ll be posting about idea stuff and my new saas adventures.

They’re also getting shared! Traffic has come from bizarre places that I never anticipated. I usually just post to reddit but they end up in random places. So hey to you guys! 👋

I didn’t like it initially but I must admit it’s gotten better. I’ve chatted to some cool people and it’s amazing how easy it is to interact with the ‘celebrities’ of the industry.

I’m also surprised how many impressions my tweets made despite my low subscriber count. 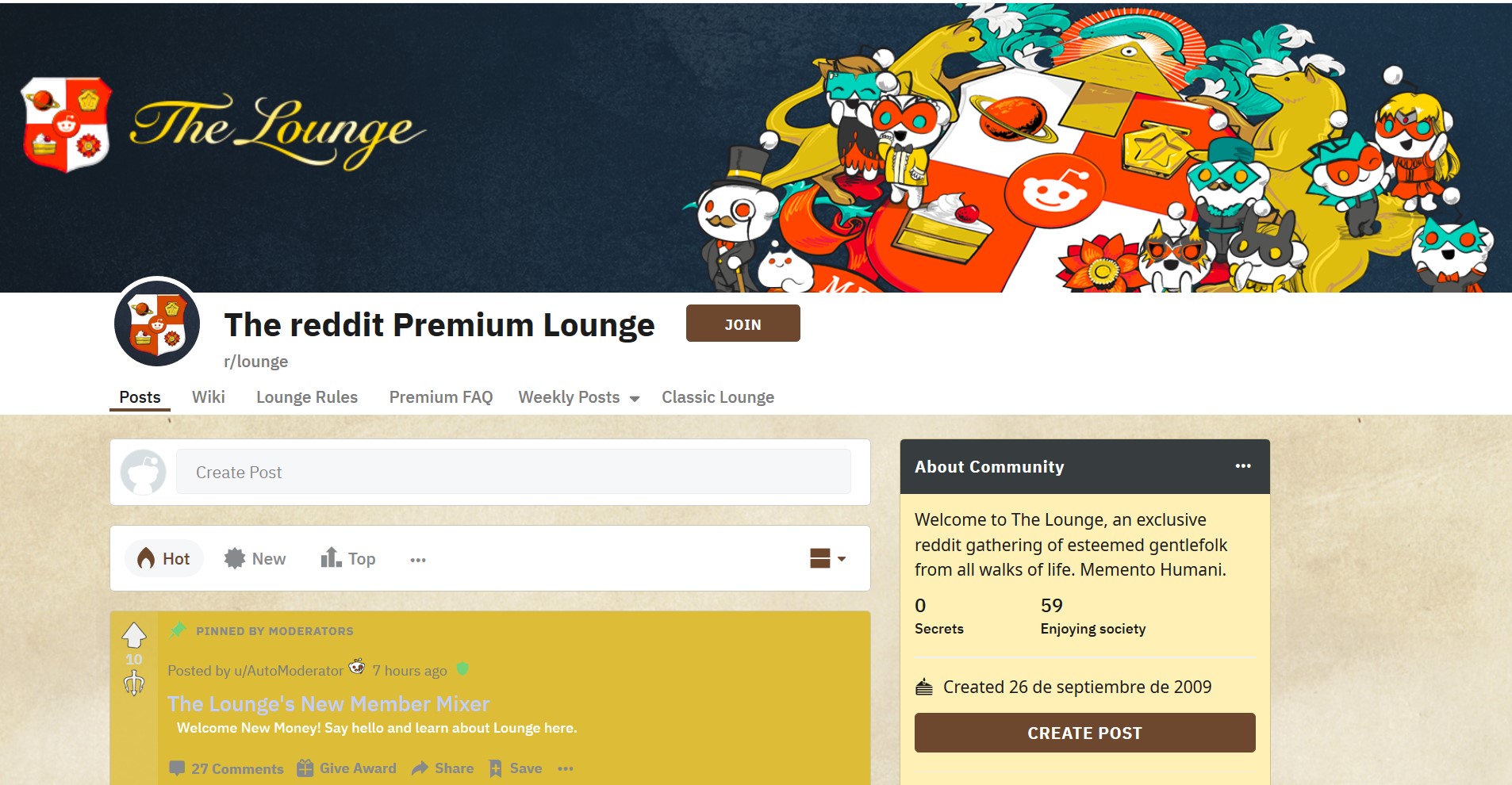 At the start of the month I posted my Flutter animation article on reddit. People really liked it and someone ended up buying me gold!

That costs like $1 right? Yes, but it’s nice to be appreciated and I got to experience the coveted gold lounge 🤙

I’ve been stranded in Guatemala for 4 months now and the virus is only getting worse. I’ve got a great setup here but the lack of social interaction hit me a bit this month.

One thing I did though was video call a TON of people. I also chatted to 10+ friends I hadn’t spoken to in years. Life flies by so fast sometimes it’s so easy to lose touch. Rekindling those old friendships has been awesome!

☝ Call up an old buddy, you won't regret it!

I saw and read a lot of cool stuff this month. Here are some of the highlights.

All of Adam Wathan’s stuff.

Stuff that inspired me

Ok this month I want to tackle an issue I’ve had for ages but especially this month - design inspiration! I have a million bookmarks of cool sites that I reference when building something new but it’s a pain to find stuff.

I want ‘design inspiration’ as a searchable product!

There are plenty of sites that already curate designs but nothing that I can find which lets you curate your own. We’ll see how it turns out but I’m excited about it.

Something new I’m going try is livestream the process! I’ll post frequent updates and even build features live. I want to reduce the feedback loop and inspire people to build stuff themselves. Should be cool but let’s see how it goes!

That’s it for now, catch you next week 👋